Fmeks are a species native to the planet Fmoo. They are enemies of the Arquillians and MiB.

They first appear in The Little Big Man Syndrome with a plan to use stolen Arquillian exosuits with the intention of catching an Arquillian so they can take control of the mortal blaster and destroy Arquillia but their plans are foiled by Jay and Kay. They return in The Fmall, Fmall World Syndrome with the intention of obtaining a growth formula for conquer Earth in the process one of they absorbs the formula and growth in a giant Fmecks and final he defeat by a Worm in his giant form and is return at his little tall. In The Sardines and Ice Cream Syndrome they are shrinking everything in sight. In The Loose Ball Foul Syndrome They are back and trying to take over a tiny planet that resembles a baseball 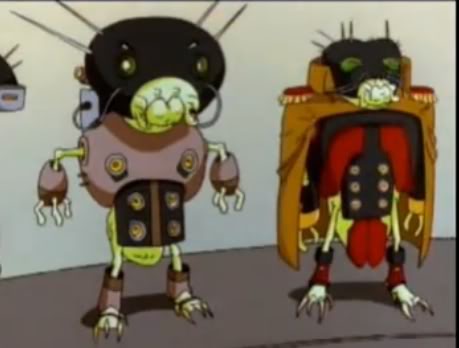 Retrieved from "https://meninblack.fandom.com/wiki/Fmeks?oldid=16598"
Community content is available under CC-BY-SA unless otherwise noted.