“What you remember is that you used to drive that old, busted joint. See, I drive the new hotness.”

The 2003 Mercedes-Benz E500 (W211), nicknamed 'the new hotness', was Agent J's car in 2002. It replaces the Ford LTD from the previous film. It came with accessories including a fake driver which retracts into the steering wheel, a computer and a flying car mode with the push of a red button (which is controlled through a PlayStation joypad similar to the DualShock — like Columbia Pictures, the PlayStation is owned by Sony).

Agent J has been using this car as his primary mode of transportation during the first half of Men in Black II, however when Agent K returns, he takes over as the driver. 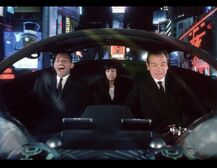 J, Laura and K in the car during fly mode. 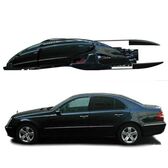 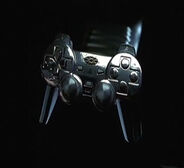 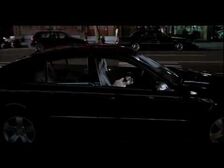 Frank the pug in the Mercedes.
Add a photo to this gallery

Our community needs more information on this page! Can you help out? Click here to add more.
Retrieved from "https://meninblack.fandom.com/wiki/2003_Mercedes-Benz_E500_(W211)?oldid=19431"
Community content is available under CC-BY-SA unless otherwise noted.